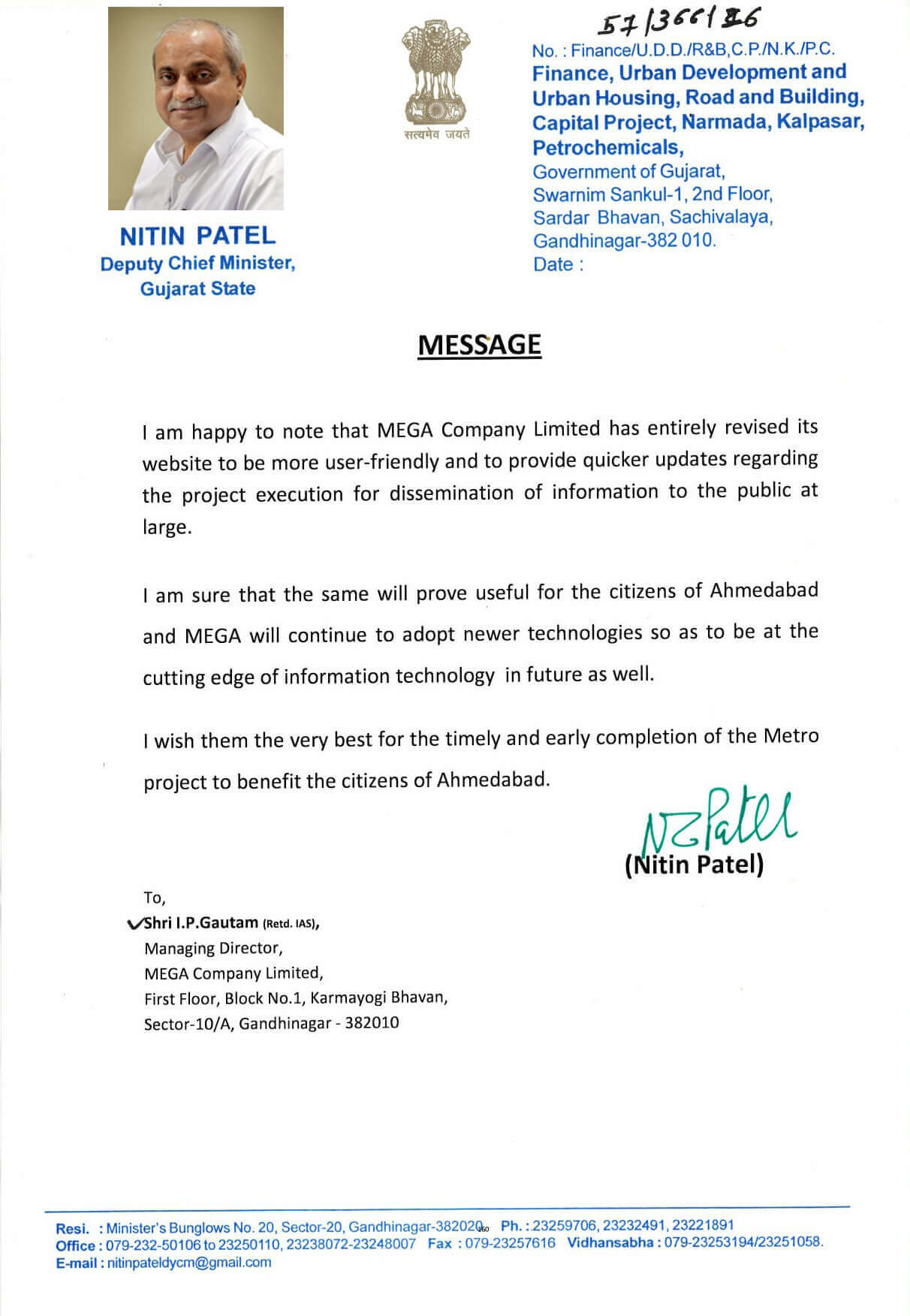 The historic city of Ahmedabad is becoming the increasing opportunities for trade and commerce and as a centre for higher education, the population of the city is already touching 6 million and this heavy growth continues. Being thickly populated area, Ahmedabad’s traffic needs cannot be met by only road-based system. With projected increase in the population of the city, strengthening and augmenting of transport infrastructure has assumed urgency. For this purpose, provision of Rail-based Metro system in the city has been considered.

Gujarat Metro Rail Corporation (GMRC) Limited intends to implement Phase 1 of the Ahmedabad Metro Rail Project with international/multilateral funding from lending agencies like JICA. Phase 1 comprises of the revised North-South corridor from APMC to Motera along existing railway line and the East-West corridor from Thaltej to Vastral. The East-West corridor provides connectivity between residential areas in the western part of Ahmedabad and Industrial areas in the eastern part and passes through old city and Ashram Road.

The objective of the study is to facilitate the Gujarat Metro Rail Corporation (GMRC) Limited in preparation of EIA report as per the requirement of regulatory agencies and funding agency JICA. The scope of EIA includes the impacts resulting from pre-construction, construction and operation phases of E-W & N-S corridor, Depot and sub-stations. The EIA is based on detailed field reconnaissance surveys, inventories and available secondary information.